Alteryx has made a revolution in the ETL and Data-Automation industry and with its Self-Service-Analytics approach user base is ever increasing. Its interface is available in various languages and as a result Alteryx is enjoying a huge popularity worldwide.

Until now, however, users could choose only one language at a time and to switch to a different language was a nightmare which involved uninstalling the product, reboot, re-install just to be able to choose another language. So I created this IDEA to request a Language Toggle Feature.

After a year long wait I am happy to see that this feature has been released in the latest Alteryx Designer 2020.1 version. I hope this feature will be implemented in other Alteryx products soon. 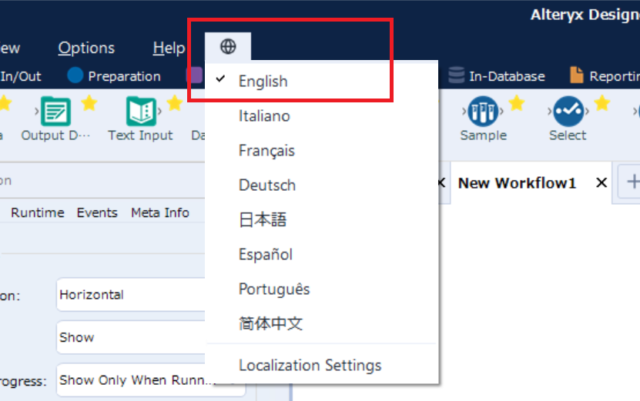