Don’t be afraid of binary numbers!

Depending on your job and hobbies, binary numbers might show up more or less often in your daily life. For many things like calculating subnet-masks, there are tools that do the work for you. For this reason, many people don't try to understand binary numbers in the first place.

This article is an attempt to simplify the binary system for people with little to no background in math or computer science, so the scary image doesn't hold you back from trying to understand it. Note that I try to avoid as much math as possible, or at least try to explain it in the most simple, but hopefully understandable way I can think of. If you are familiar with math, a lot of the following explanations might not be something new for you.

Now, for many calculations in IT related fields, it is enough to do calculations byte-wise, so I will focus on numbers no larger than 8 bit as examples.

This article is aimed for people who don't have a background in math, but here is an explanation of some terms that we need throughout the article. 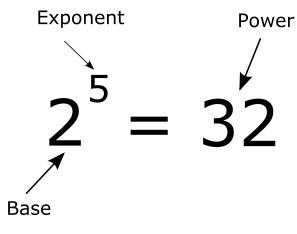 What are binary numbers?

The numbers we use in daily life are decimal numbers, meaning they consist of 10 different symbols, i.e. the digits 0-9. If you think about it, every number you can imagine is made out of a combination of these symbols. Now, numbers can also be expressed as binary numbers, meaning only using 2 different symbols, namely 0 and 1. Binary numbers are just a different way of writing the numbers you are used to in daily life using less symbols. This is useful for computers, as computers only understand the language of 0s and 1s, so numbers in binary form are just perfect for them.

For this article, we will only look at natural numbers, i.e. numbers having a value of 0 or more.

Note: All binary numbers in this article are expressed in brackets with a small 2 at the end. E.g. (101)2 is the binary number 5, not the decimal number 101. 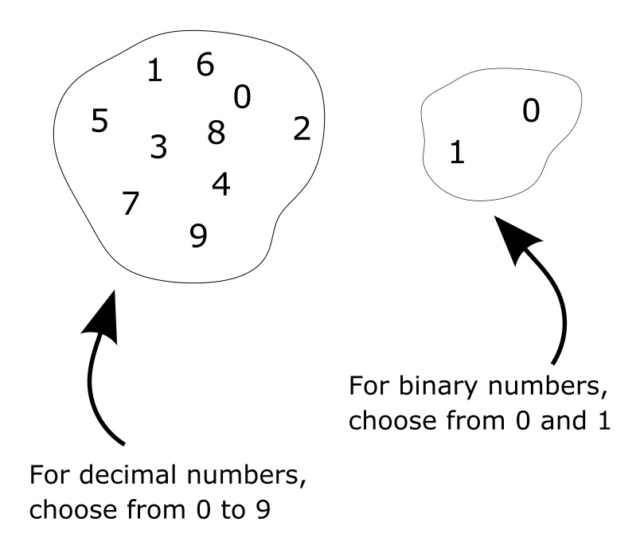 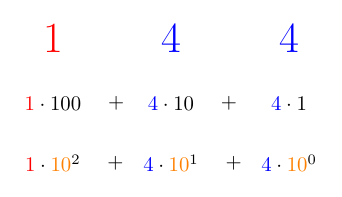 For binary numbers it's just the same idea!

What we have seen so far is that binary numbers really just work like decimal numbers, with the only difference being less symbols used per digit. Now let's see how that translates into a different kind of calculation.

If we add 1 to a decimal number, there are two different possible outcomes:

Note that for the increased digit the same two rules are being applied, depending on it being 9 or less than 9.

So how about binary numbers? Note that the maximum possible value for each digit is 1. If you add 1 to a binary number, again there are two possible outcomes:

Now, if you see a binary number in the wild, what should you do in order to get the decimal expression of that very same number?

We will first do a method for plain calculation and get to tips and tricks for speeding calculations up later. So this is just a method that always works, no matter how small or big the number itself is. Basically we have just seen this method in the above paragraph, but for the sake of completeness here it is in a generalized form.

Assuming we haven't memorized any powers of 2, probably the easiest way to express decimal numbers in binary is using Horner's method.

So, let's say we want to express 144 in binary using Horner's algorithm.

There are a lot of tricks that make calculations with binary numbers quicker. 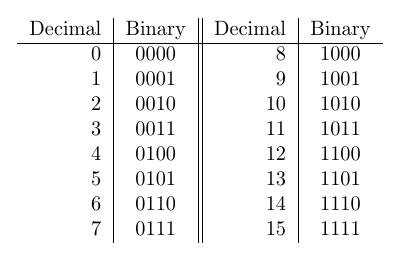 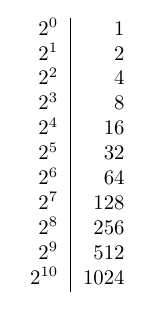 Characteristics at a glance

Now let's look at some examples where binary numbers are actually used.

chmod sets the rights for a file or directory in Unix-like systems. The order of giving rights is Read - Write - Execute. Each of these rights is expressed using 0 (for deny) and 1 (for permit).

This means, that for instance full rights are expressed with 111, which is 7 in binary. Another example is permission for reading and execution, but not for writing is expressed as 101, which is 5 in binary. Now, these rights need to be set for the file-owner, the user-group and everyone else, in this order. Let's say we want to permit full rights to the user, but only read- and execute-permission to both the user-group and everyone else (meaning only the user can modify the file). We then use chmod 755 some_file.txt in order to do so.

If you've ever wondered what those chmod-numbers mean, now you know :)

Since 1 byte is 8 bit (= 8 digit binary number including leading 0s), the values a single byte can take is from 0-255. Thus, every octet of an IP-address can only have a maximum value of 255. In order to reach the maximum value, all bits need to be set to 1.

ALL subnet masks are a string of 1s followed by zero or more 0s. This means, that the complementary number (for instance used in wildcard masks) is ALWAYS a power of 2 minus 1. This also means, that there is a very restricted number of possible subnet mask values. Considering only single octets instead of a whole IP-address, these values are:

Another number system used in Computer Science and IT is the hexadecimal system. Again, this works just the same as decimal and binary, but using 16 different symbols in total, i.e. digits 0-9 and letters A-F.

This works because in 4 binary digits, you can express 24 = 16 different numbers, which can be expressed as a single digit in hexadecimal.

Binary numbers might look scary at first sight, but really works just as the decimal system that we use in daily life. I hope this article helped a little bit if you had negative thoughts towards binary numbers before, to understand them a little bit better now!