With the recent release of Alteryx 2022.1, the number of columns that Alteryx can now process has been limited to 32,000. Although a majority of the users may not be affected at all, but this is worth noting before going for an upgrade.

According to the 2022.1 Release Notes, it is pretty clear that an upper limit has been introduced for the number of permissible columns. This may not be a concern for most of the users, because even if the users have large datasets containing more than 32,000 columns, still there can be workarounds to bypass this limitation and achieve the desired results. However, during an upgrade this limitation should be considered as it can have a significant impact for large datasets or such workflows.

As shown below, a dataset having upto 32,000 columns will be processed as usual.

If the number of columns exceeds the upper limit then an error message will be displayed as below and Alteryx will stop running. 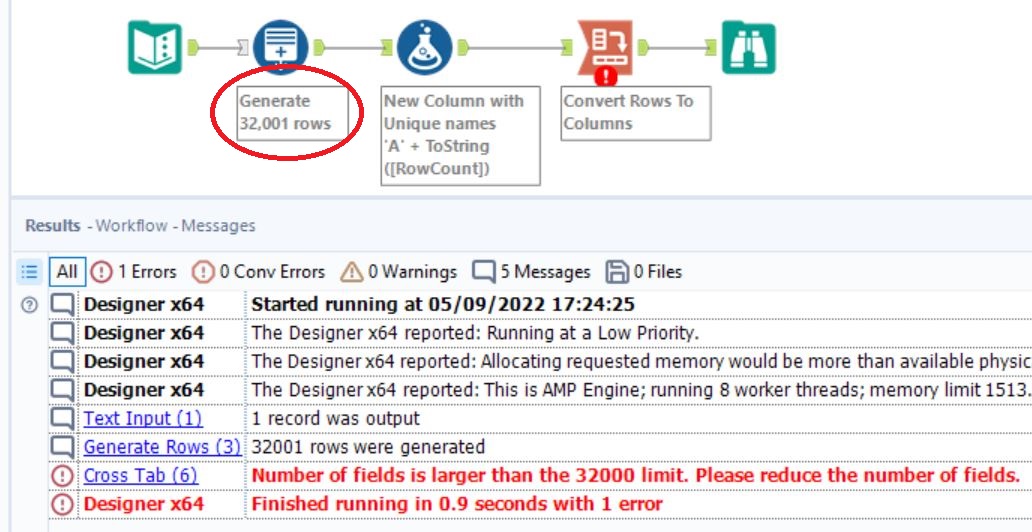 To sum up, although there is a limit on the number of columns that Alteryx can handle, yet there can be many workarounds to bypass this limitation.

How to Read / Create QR codes and Barcodes using Alteryx