My Experience Traveling to Japan

Even after being in others countries, this is my first time ever visiting Japan. And prior to this trip, I have heard so many things about Japanese culture on how quiet and reserved they can be with the utmost respect for each other as well.

Embarking on this trip, I was prepared to be careful with my actions so as not to give a bad image of what and who I represent (Maybe I was a little excited to meet Japanese people).

My flight itinerary from Nigeria to Japan was scheduled for two days journey with just a stop- over at Frankfurt airport in Germany.

I boarded my flight from Nigeria to Germany at about 11.30 pm, throughout the journey I was indifferent as it had a lot of people from my country going to other parts of the world, so Frankfurt was like a point of connecting flight for everyone.

I arrived in Germany at 6.30 am, I had five and a half hours stop over at Frankfurt, and at this point, I wanted to take a nap but the fear of missing my flight sets in (laughs, because it almost happened some years back). So I decided to read on my laptop and was checking the time.

I could have missed out on my flight

The second part of my flight from Germany to Japan was scheduled for boarding by 11.40 am at gate B48 of the airport. I sat close to this gate hoping to board as soon as it was time.

I realized it was 11.40 am and there was no message or passengers at the B48 gate, I thought to myself "will I come all the way to Germany to miss my flight NO"

Thankfully I already downloaded the airline app before I left to track my booking reference, so Immediately I tracked the flight status and saw that the boarding as been moved to gate B43 and people already started boarding the airplane. 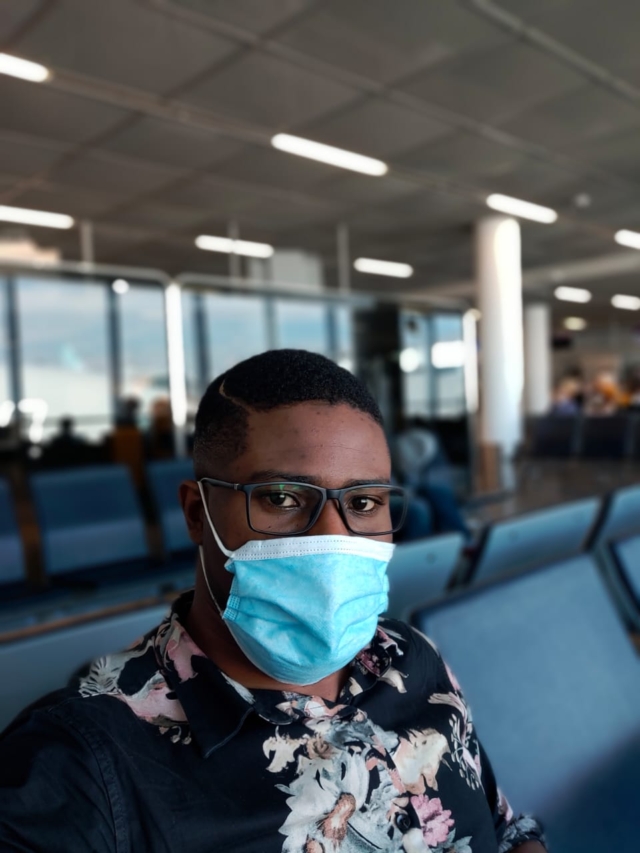 Experience in the plane

I boarded the plane and my seat number was in the middle. Initially, I hoped I got my seat beside the window but that wasn't the case.

Then a woman and her daughter came and asked if I could move the window seat, so that they can sit beside each other, immediately I obliged as I wanted to be as polite as possible

They were very nice and polite as well, the trip started and I was so tired that I slept off.

It was a direct 13hours flight from Frankfurt to Tokyo. The meal was served on the plane while I was sleeping, and when I woke up, I didn't want to ask because I felt I might inconvenience the hostesses. This woman and her daughter beside me called the hostesses to bring my meal and also showed concern if I was fine.

Landed in Japan hoping to explore more, so watch out for this space for my experience