Union File System is a file system used in containers. If you are aware about file systems in linux then you might question what is wrong about other linux file systems such as, ext2, ext3, ext4, XFS?

Well, there seems to be a problem with traditional linux file systems

The solution to all these problems? You guessed it right, it is UFS.

The Union File System runs on top of other file systems. It presents all the different file systems as a single file system.

To explore a container’s file system you just need to run very easy and basic commands. The only prerequisite is that you must have docker installed on your system.

First you need to start and run a container.

This will search the local directory for an image named alpine:latest. If it is not found then docker will fetch the image from its registry and run the container. The -i and -t options open a terminal inside the container through which you can run commands in the container’s shell directly.

To see the list of mounts in a container/linux system, just run mount and it will display a list of all mounts along with the file system mounts.

This is essentially the output of the /etc/mtab file. You can display the contents of this file and compare the output to mount.

You can now do 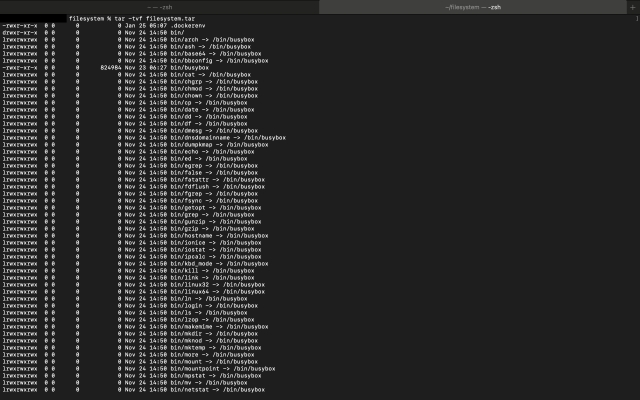 Contents of the container

I would like to end this blog by dropping this link here which will improve your understanding of UFS on a much deeper and hands on level.