How to play text-based games with Microsoft’s TextWorld, a tool for training reinforcement learning agents

How to install TextWorld on Amazon SageMaker and the procedure to automatically generate text-based games and play by humans introduced.

TextWorld is a framework for training reinforcement learning agents using a text adventure game as a learning environment. It provides a function to automatically generate a text adventure game to let the agent play, and a programming interface to connect the game and agent. You can also play games on behalf of agents through the interface.

In this article, you can find the procedure for installing TextWorld on Amazon SageMaker (hereinafter called "SageMaker"), generating games automatically and playing the games by you.

TextWorld requires Python 3 for running it. It supports only Linux and Mac at the moment. This post uses SageMaker (hereinafter called "SageMaker") for running TextWorld. Although the purpose of this post is to show how to play a game on TextWorld by a human, SageMaker environment will be useful for the future development of a reinforcement learning agent. 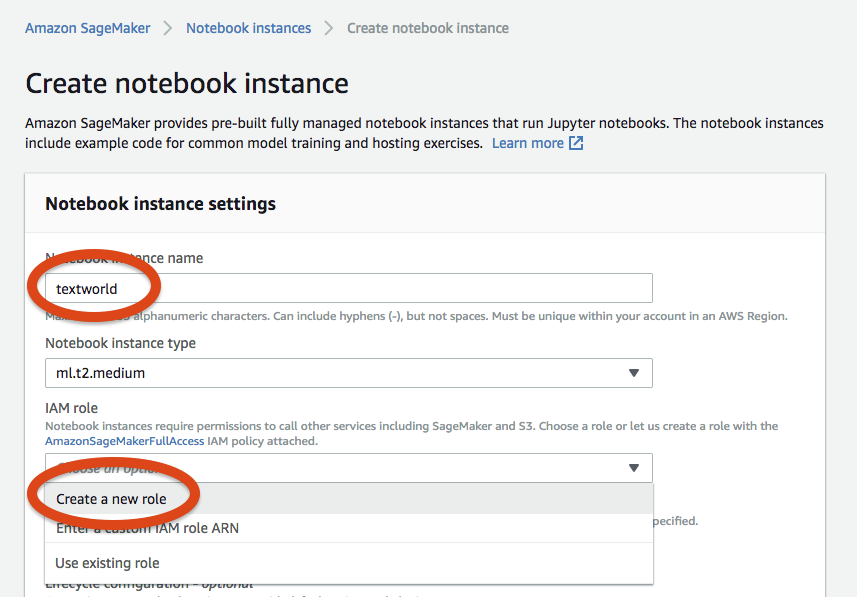 Check "None" for "S3 buckets you specify" then click "Create role". 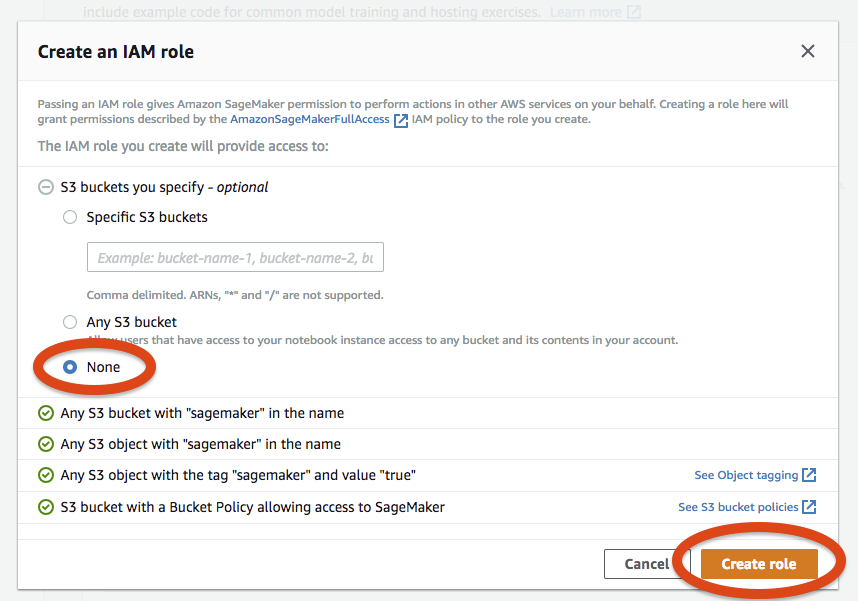 Click "Open" to open Jupyter Notebook when the "Status" of the created notebook instance changes from "Pending" to "InService".

Select "Terminal" from the "New" drop-down list on the right side after the Jupyter Notebook opened. The following procedures are done in the terminal. 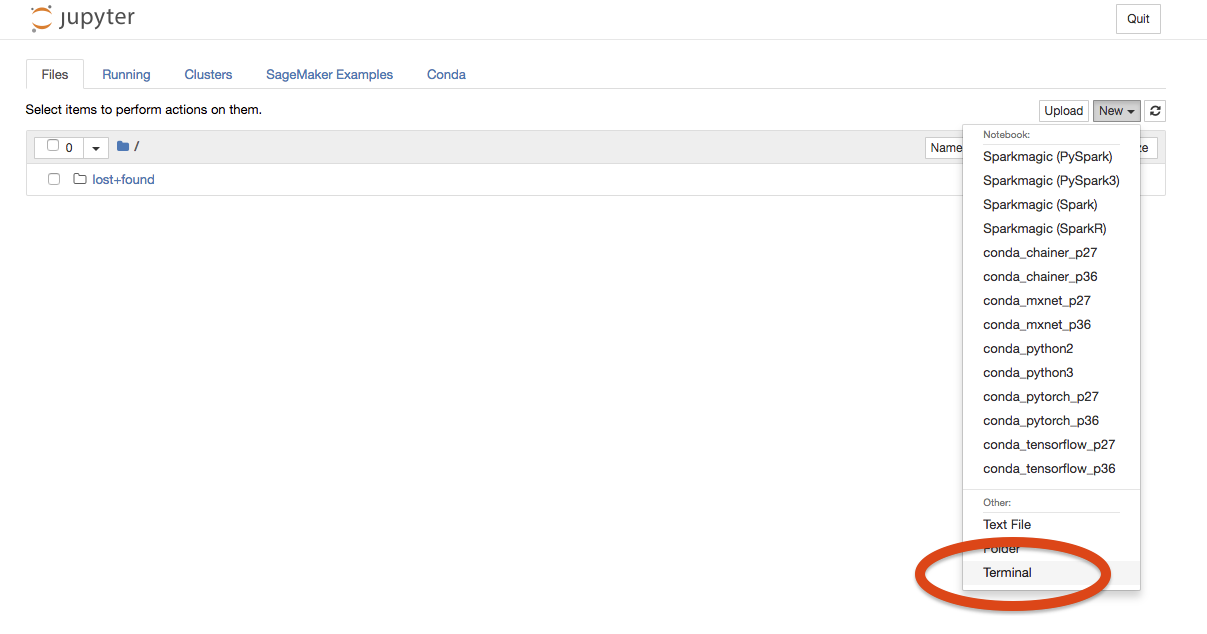 Clone the Git repository of TextWorld from GitHub then change directory to the created one.

Install the package necessary for installing TextWorld with yum.

There are also packages that need to be installed via pip. Upgrade pip first to avoid a warning due to its version is old. Install the packages after upgrading pip.

Four commands beginning with the prefix tw - are installed. Use tw-make for automatic generation of games andtw-play for playing games.

Before running tw-make, you need to install pybars from pip to avoid ModuleNotFoundError.

One more thing, Apply the following patch to the argparse included in Python 3 standard library to avoid another error. This error does not occur in Python 3.7 or later. The default Python version of the notebook instance was 3.6 at the time of writing.

Let's generate a game to play with. Run tw-make command with the subcommand custom and options specified as follows.

The game is generated as a file in the format GLulx(.ulx file). --world-size specifies the number of rooms that make up the stage of the game, --nb-objects specified the number of objects appearing in the game, and --quest-length specified the minimum number of steps required to meet the goal of the game. The content of the game changes at random every time you generate it. which is displayed after generating the game. You can reconstruct the game with the same content if you specify the seed value with the option --seed.

Play with the generated game

Let's play with the generated game. Run tw-play command with the location of the game you generated. A goal of the game and a description of the room at the start point are displayed then a prompt appears to wait for command input by you. Enter every action you want to do as a text. Achieve the goal by exploring rooms and by manipulating objects in the game.

You can see a list of acceptable commands by entering help.

You can check the status of your location at any time with the look command. The room at the starting point is a studio, the passkey specified by the goal of the game is on the floor.

Pick up the passkey on the floor.

You can check what you got with the command inventory.

It seems there were some things at the beginning of the game. Try to eat a berry.

The berry has disappeared from your belongings as expected.

Let's get back to the goal. Unlock the studio door with the passkey you got.

Now you can go north. You need to explicitly "open" the door before going north.

Now you are in a workshop after going north.

There is a toolbox with an advent calendar specified by the goal in the room. Take the calendar.

The goal has been achieved, so the game is over. The number of steps you spent and The score obtained by the end of the game is displayed.

The tw-play command also supports files in the format Z-machine. Since the Colossal Cave Adventure mentioned in "Introduction" can be found on the Internet in this format, Let's try the beginning part a little.

How to install TextWorld on Amazon SageMaker and the procedure to automatically generate text-based games and play by humans introduced.

It is very interesting that computer games of the era when only text could be dealt with were attracting attention as a target of cutting edge machine learning research. I'd like to connect TextWorld with voice assistants such as Alexa to play TextWorld game via voice.

Thank you for reading until the end. I would be happy if you could share this article with SNS. I'm waiting for comments too!