AWS announced Nitro v5, a new version of Nitro System at the Keynote Session of re:Invent 2022.

Nitro System is a collection of purpose-built hardware and software components. Nitro is a hypervisor built for high security and performance. Many EC2 Instance types are built on Nitro System.

Here are some of the benefits of Nitro :

The below slide shows the comparison between the various Nitro Generations. There are basically 4 previous generations of Nitro with improved Bandwidth and Packet rates for each version. The slide also shows the Nitro-based C-type EC2 Instance for each version of the Nitro. 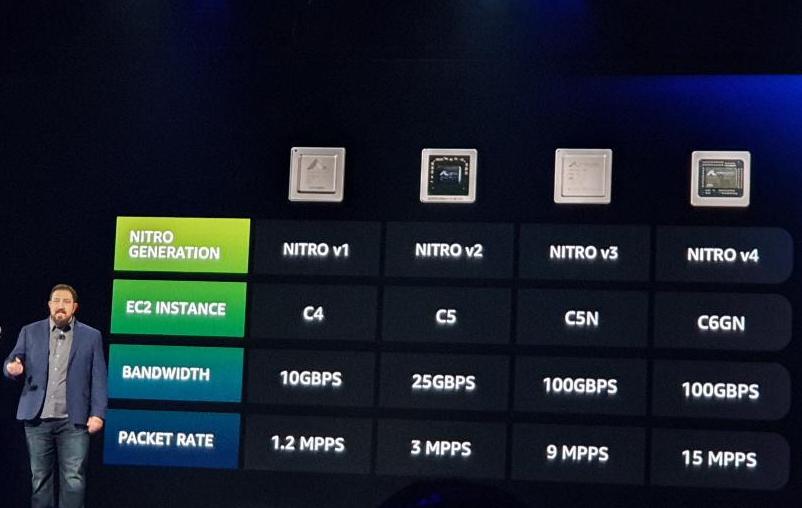 AWS Nitro v5 was made GA[General Available] at the Keynote session. Nitro v5 is a Custom Silicon, which was built by Annapurna Labs. It is a high-performance chip with 2x Transistors, 50% Faster DRAM Speed and 2x more PCIe Bandwidth.

There are three components describing the Performance Gains of Nitro v5 :

Nitro-based Instances are designed for compute-intensive workloads. Nitro v5 has better performance when compared to previous versions of Nitro.