How do I start and stop EC2 instances automatically?

What is the problem?

I have a requirement that specific EC2 instances need to be at start status only at certain times of the day. It is a pain to do it manually every time, so I want to automate it.

What should I do?

You can use Amazon Systems Manager Automation and CloudWatch Events to schedule automatic start and stop.

Create a role from the IAM console. This time I created a role named 'event-ssm-automation-role'. Attach the AWS managed policy 'AmazonSSMAutomationRole' to the IAM role as shown below.

Create a CloudWatch Events rule to start your EC2 instance automatically. Select the 'Create rule' on the CloudWatch Console.

Next, create a target from the ’Add target’. Select 'SSM Automation' as the target. Fill out Document name and EC2 Instance name. Then, choose 'Use existing role' and select the IAM role just created. After setting everything, click the 'Configure details' button. 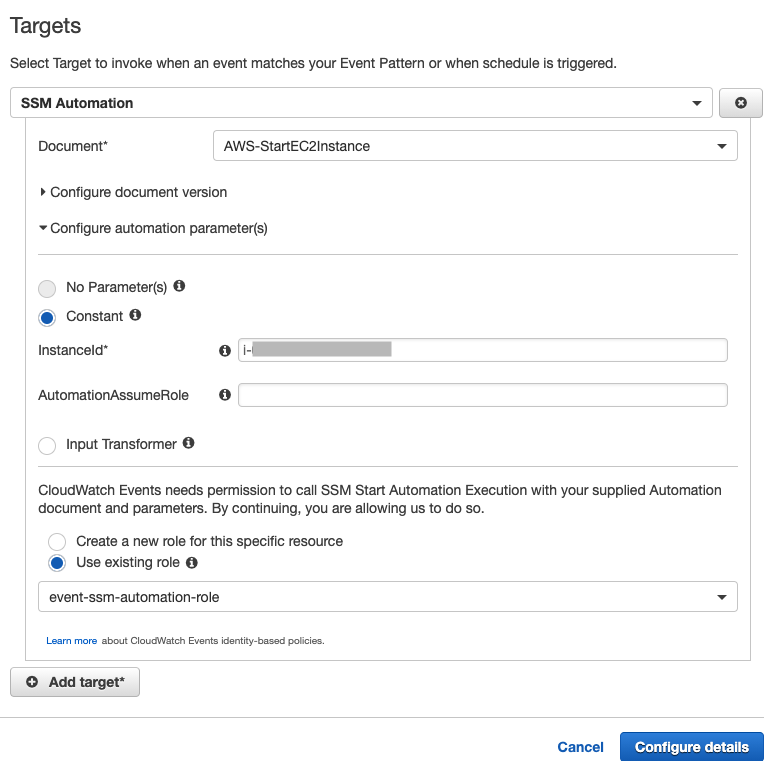 Fill in a name and description for the rule and click 'Create Rule'.

The rule for the auto-starting instance has been created. 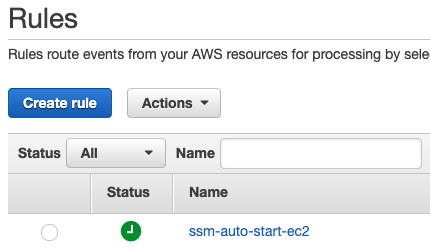 Follow the same step to create another CloudWatch Events rule to stop your EC2 instance automatically. I selected 'Schedule' in the event source and entered '0 19 * *? *' in the Cron expression field. The event will occur every day at 19:00 UTC.

Except for the Document of SSM Automation, the settings are the same as before. After filling those fields, click the 'Configure details' button. 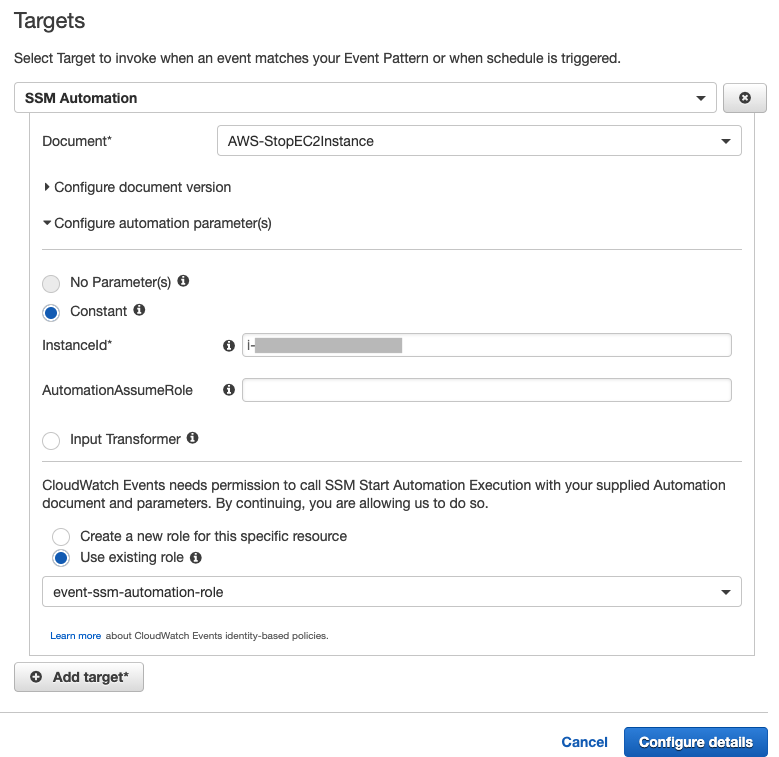 Fill in a name and description for the rule and click 'Create Rule'.

The rule for the auto-stopping instance has been created. 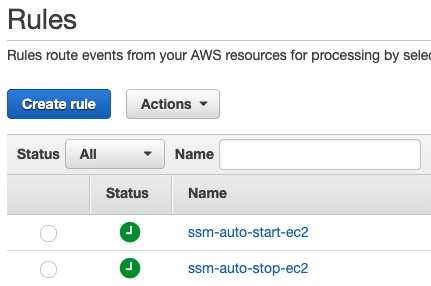 First, I want to confirm that the setting for the auto-starting instance is working. Leave your instance in a stopped state for now.

The status of the instance changed to 'Running' at the expected time.

Next, I confirmed that the status of the instance changed to 'Stopped' at the setting time.

Let's check the contents of the SSM document 'AWS-StopInstance'. It is created to perform 'forceStopInstances' after 'stopInstances'.